Emmy Award-winning actress and comedian, Judy Gold was the star and writer of the critically acclaimed, long-running Off-Broadway show 25 Questions for a Jewish Mother for which she was nominated for a 2006 Drama Desk Award for Outstanding Solo Performance. In addition, the show won the 2007 GLAAD award for “Outstanding New York Theater.” The New York Times called this one-woman show “fiercely funny, honest and moving." A book based on the show was nominated for the prestigious Quill Award. Judyʼs show, The Judy Show! My Life As A Sitcom, ran during the 2011 season at New York’s D-R-2 theater and was nominated for an Outer Critics Circle Award. Judy was also in the cast of Nora & Delia Ephronʼs Off-Broadway play, “Love, Loss and What I Wore”. Judy recently appeared on 30 Rock, Showtime’s The Big C, Celebrity Chopped, The Wendy Williams Show, co-hosting Anderson Live and The Next Great Baker. Judy can be seen in the upcoming Tina Fey/Jason Bateman movie, This is Where I Leave You. She appears regularly on Tru TV’s World’s Dumbest, Say Anything with Joy Behar & The View. She was the host of HBOʼs At the Multiplex with Judy Gold from 1999 - 2009, and also hosted Comedy Central’s100 Greatest Stand-ups of All Time. Her stand-up specials include Wisecrack, Comedy Central Presents: Judy Gold ,Comedy Centralʼs Tough Crowd Stands Up, and Judyʼs own HBO half-hour special, which received a Cable Ace Award. Gold was also seen in the smash hit film The Aristocrats and documentaries Making Trouble, All Aboard, I am Comic, and Showtime’s Why We Laugh: Funny Women. Gold won two Emmy Awards for writing and producing The Rosie OʼDonnell Show. She was twice nominated for The American Comedy Awardʼs funniest female stand-up. 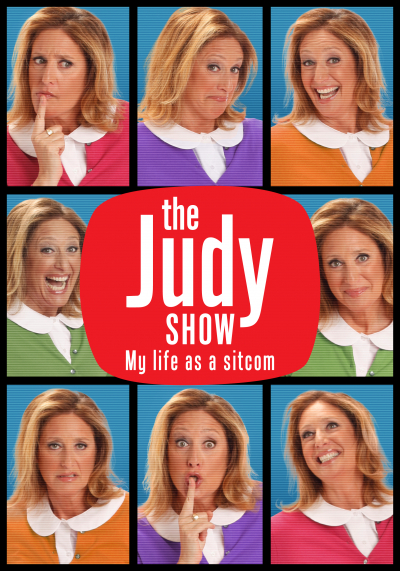 The Judy Show: My Life as a Sitcom