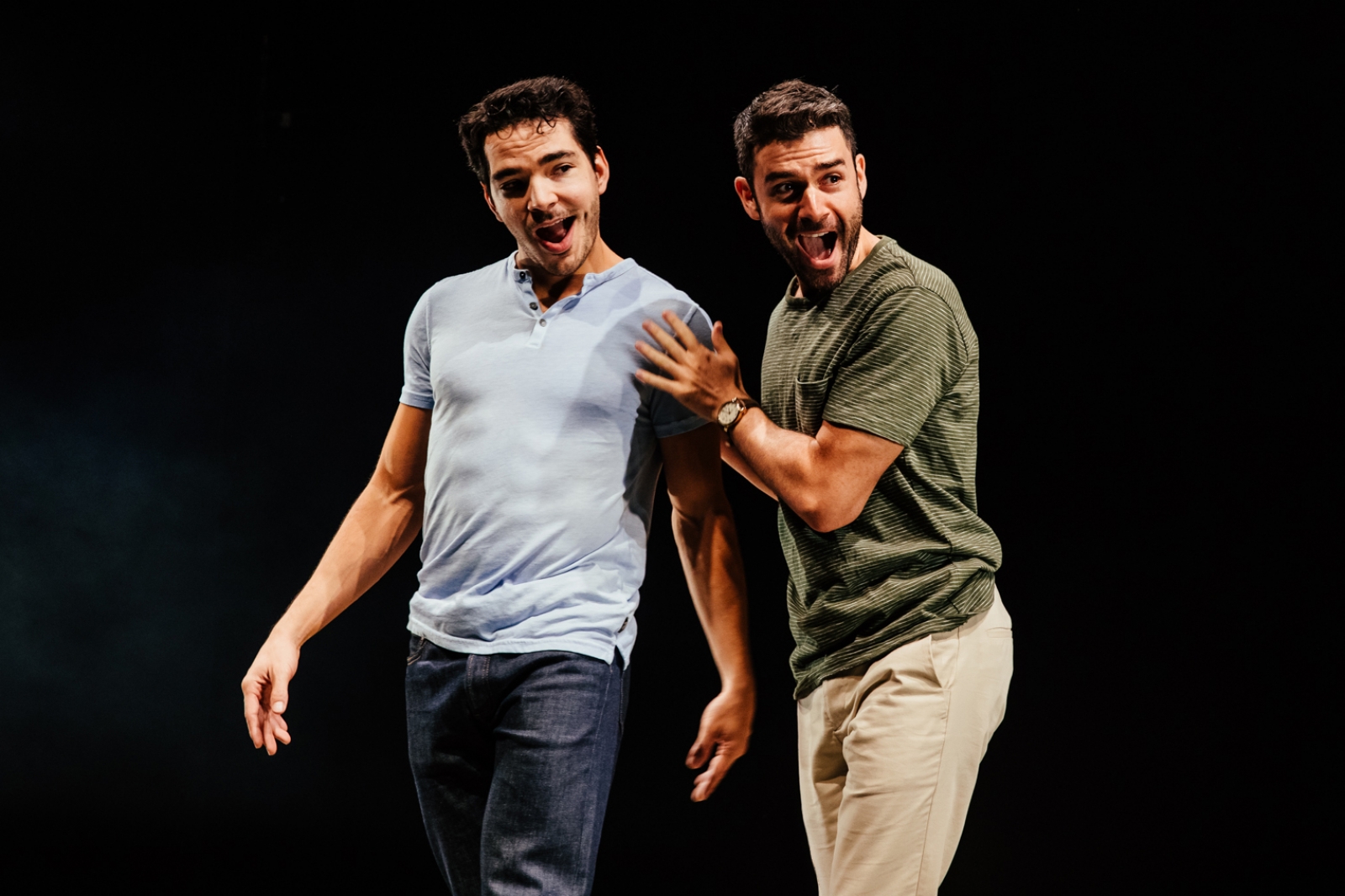 In contemporary Manhattan, Eric and Toby are 30-somethings who seem to be very much in love and thriving. But on the cusp of their engagement, they meet an older man haunted by the past, and a younger man hungry for a future. Chance meetings lead to surprising choices as the lives of three generations interlink and collide—with explosive results.

Audience Engagement initiatives for The Inheritance are supported by the Sheri and Les Biller Family Foundation.

Mindplay is a love letter to the imperfect mind. Drama Desk Award–nominated theatermaker and mentalist Vinny DePonto leads us on a raucous romp through the back channels of our innermost thoughts, exploring the fragmented and flawed nature of our memories, and asks us to question whether we can trust the voice inside our heads. In the spirit of the Geffen’s long tradition of magic comes an entirely new theatrical event in which your thoughts play a leading role.

Pastor Albert Jones and his family are proud leaders of the Mother Bethel Baptist Church and pillars of their community. Plans are being made for a special memorial service to honor their late daughter Diane on the sixth anniversary of her passing. But when Abdul-Malik, the eldest son whom Albert blames for her death, returns home from prison, the family’s veneer begins to crack as shocking revelations come to light. A ferocious new epic written by Lee Edward Colston II, The First Deep Breath chronicles the depths families will go to hide their skeletons from the outside world and each other.

Lila (Lauren Patten, Tony Award winner for Jagged Little Pill) is getting by in her Kentucky hometown—scanning groceries at the Save-A-Lot, caring for her erratic brother, and living for Friday nights, when she plays a gig with her band The Lonely Few. And that's enough. Or she thought it was, until Amy, an established musician ragged from the road, passes through and offers her a shot at something much, much bigger. But is Lila ready for the life she never dared to imagine? A world premiere musical by Zoe Sarnak and Rachel Bonds, The Lonely Few is a love story between two women searching for a sense of home.

This play was commissioned as part of the Geffen Playhouse's New Play Development Program thanks to the generosity of Sandra Krause and William Fitzgerald. Major support for this world premiere production provided by the Edgerton Foundation New Play Production Fund.

“I either write the book or sell the jewels. I’m kinda sentimental about the jewels.” So says legendary Hollywood icon Ava Gardner (Elizabeth McGovern, Once Upon a Time in America, Downton Abbey) to her ghost writer Peter Evans as they begin work on her tell-all biography that will shock Tinseltown. But as Peter attempts to glean the juicy details about her life story, her marriages to Mickey Rooney, Artie Shaw, and Frank Sinatra, and her turbulent relationship to Howard Hughes, an altogether different and unexpected journey unfolds in this theatrical glimpse into the private life of Hollywood's original femme fatale.

It’s April 3, 1968 and Martin Luther King, Jr. returns to the Lorraine Motel after delivering his history-altering “I’ve Been to the Mountaintop” speech. When he orders room service, a young maid arrives with a revelation that calls Dr. King to confront unwelcome truths. As a lightning storm rages outside, the legacy of America’s most revered civil rights leader is laid bare to reveal his profound humanity. A single night’s reckoning with racism, righteousness, and the rocky path toward justice, The Mountaintop imagines what Dr. King’s last night on Earth could have been.

A breathtaking house on a hill—complete with the most state-of-the-art security that excessive wealth can buy—should feel like a refuge for Nami, whose recent firing and eviction have forced him to crash at his brother and sister-in-law’s luxury home. But on this dark and fateful night, a violent uprising outside leaves the three trapped in what they think is an impenetrable fortress. A horror play infused with darkly humorous social commentary, The Ants asks why we spend so much money protecting ourselves instead of investing in our shared humanity.

This play was created during the Geffen Playhouse’s The Writers’ Room program, in which Los Angeles playwrights develop new works with the support and guidance of the Geffen Playhouse artistic team. Major support for this world premiere production provided by the Edgerton Foundation New Play Production Fund.

Geffen Playhouse is a 501(c)(3) non-profit theater. Support us today with a gift of any amount.