Full Cast Announced for Mysterious Circumstances at the Geffen Playhouse

May 16, 2019 —The Geffen Playhouses today announced the full cast for Mysterious Circumstances (June 11 — July 14). The cast features Hugo Armstrong (God of Carnage, Bleed Rail) as The American and others, Austin Durant (War Horse, You Can’t Take It With You) as Conan Doyle and others, Leo Marks (Hamlet, The Hothouse) as Smith and others, Ramiz Monsef (Guards at the Taj, Archduke) as Watson and others, Helen Sadler(Photograph 51, One Man, Two Guv’nors) as Touie others and Emmy Award nominee Alan Tudyk (Spamalot, Rogue One: A Star Wars Story) as Richard Lancelyn Green and Sherlock Holmes

Inspired by The New Yorker article Mysterious Circumstances: The Strange Death of a Sherlock Holmes Fanatic by David Grann, the play centers around the true story of the mysterious death of Richard Lancelyn Green, the world’s foremost scholar on Sherlock Holmes. After spending two decades searching for the missing papers of Sir Arthur Conan Doyle, Green came close to unlocking the secrets behind Holmes’ creator when he tracked down Conan Doyle’s youngest daughter who possessed the treasured archives that were intended to be donated to the British Library upon her death.

After her passing in 1997, however, the papers were divided and put up for auction by distant relatives to Conan Doyle’s estate. Determined not to let these important historical documents disappear, Green led a very public campaign to keep these papers out of the hands of private collectors. As the campaign wore on, Green began hinting to his closest friends and family that he was receiving threats and being followed. What happened next remains a mystery to this day.

What is fact and what is fiction? With multiple suspects and competing motives, Green’s death raises questions that may be answered only by Homes himself in a new play inspired by the true story of these Mysterious Circumstances.

Written and adapted for stage by Michael Mitnick (Fly by Night, The Siegel) and directed by Matt Shakman (Bad Jews, Wait Until Dark, Good People), Mysterious Circumstances makes its world premiere June 11 — July 14, and marks the final production of Shakman’s first year as Artistic Director of the Geffen Playhouse.

Theatrical magic plays a featured role in this production with scenic design by Brett J. Banakis (Harry Potter and the Cursed Child) and illusion design by world-renown magicians Francis Menotti and David Kwong. (The American and others)

Hugo Armstrong has been a part of productions at Mark Taper Forum, Sacred Fools Theatre Company, Theatre of Note, The Kennedy Center, Ahmanson Theatre, LA Theatre Works, The Echo, Kirk Douglas Theatre, RedCat, Walt Disney Concert Hall, Boston Court, as well as at South Coast Repertory where he played LBJ in All the Way, and here at the Geffen Playhouse in Radiance: The Passion of Marie Curie and Mysterious Circumstances. Most recent television work includes the upcoming Bosch: Legacy, Cinema Toast, The Blacklist, Room 104, For the People, Into the Dark, Fear The Walking Dead, and NCIS. Movies include Lucky with Harry Dean Stanton and David Lynch, Jim Byrkit’s Coherence, Roman J. Israel, Esq. with Denzel Washington, Daniel Martinico’s OK, Good and Excursions, as well as Drib, Love in the Time of Monsters, No Man of God with Elijah Wood and Luke Kirby, the newly released The Only One, as well as the upcoming features Dark Cloud, Mr. Limbo, and Rachel by Victor Nunez. Hugo is a CalArts grad. 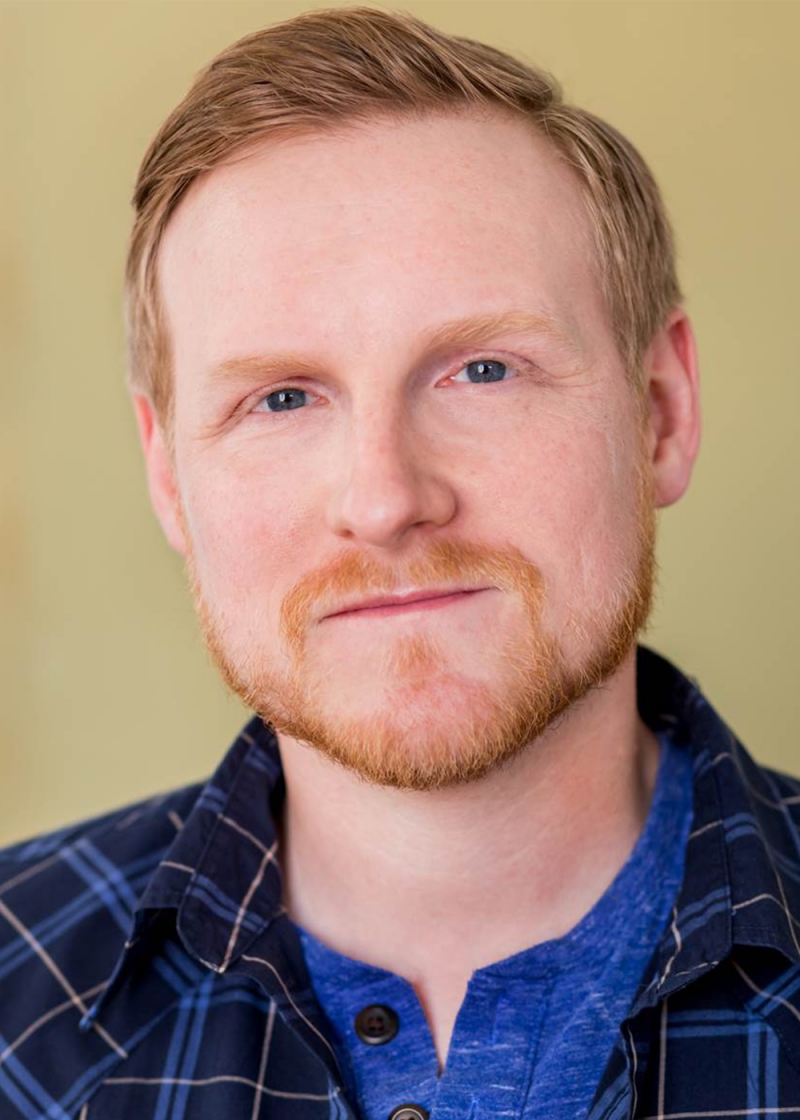 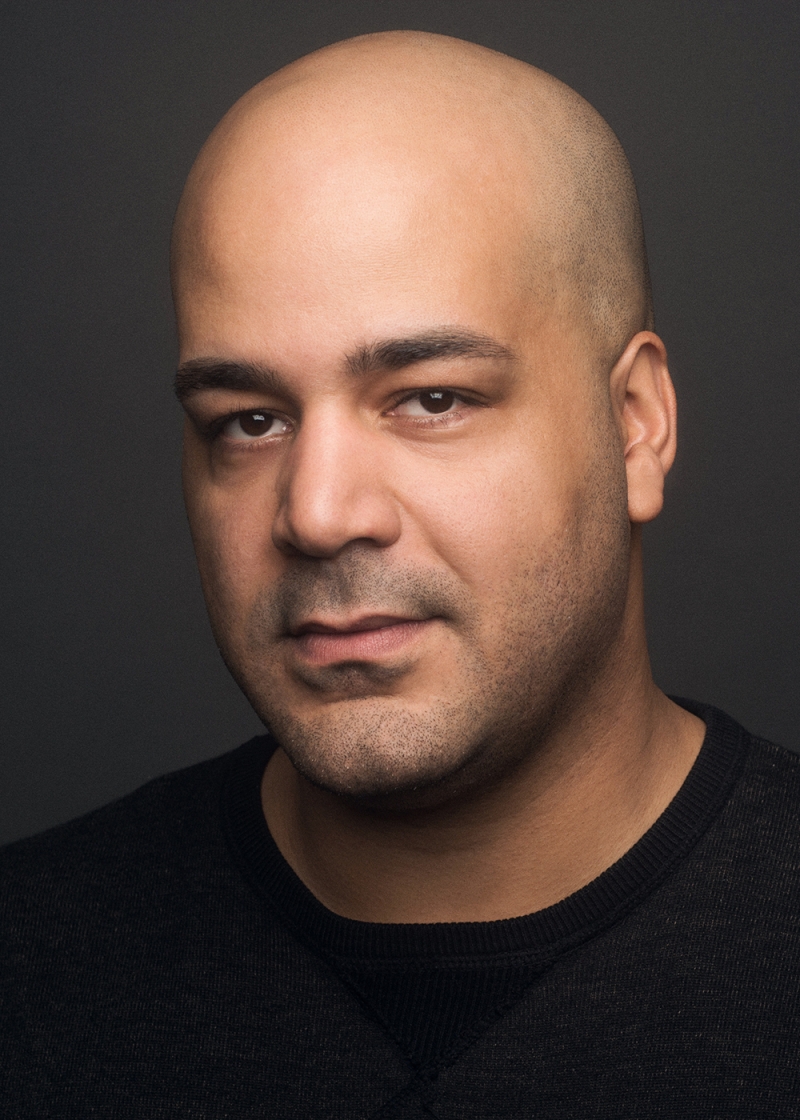 (Conan Doyle and others) 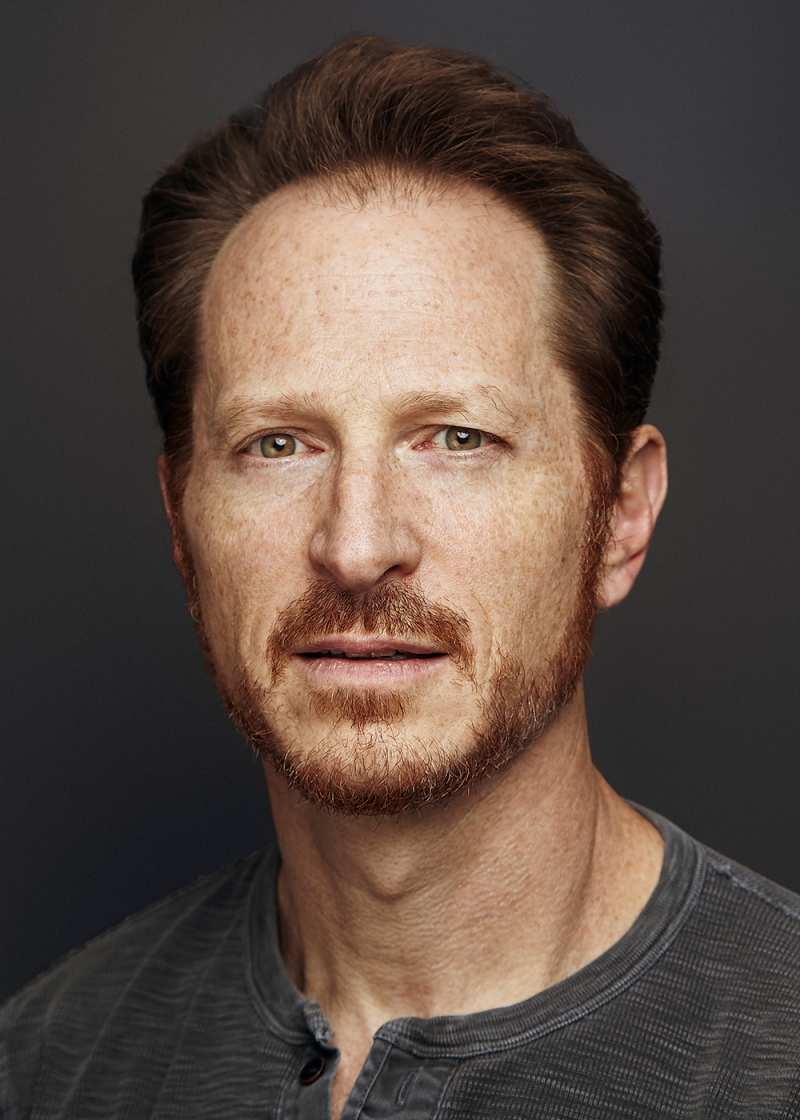 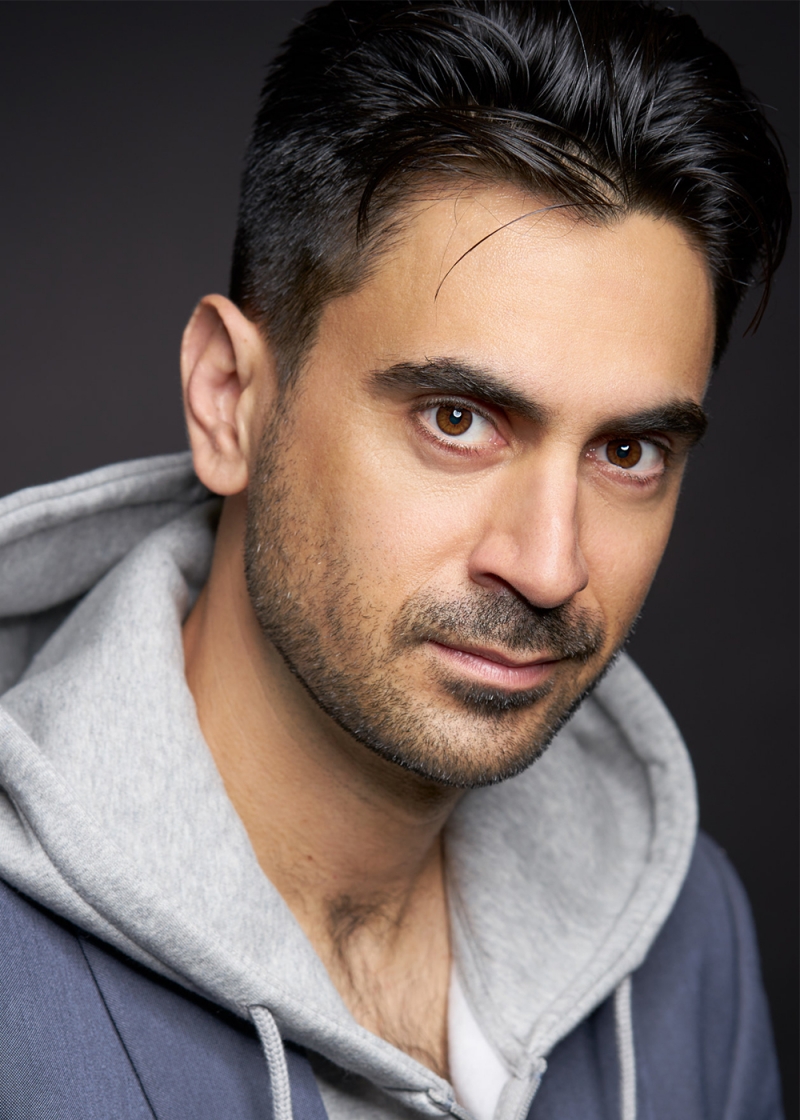 Ramiz is an alumnus of The Writers’ Room at Geffen Playhouse, where The Ants was developed. It also was developed at the Ojai Playwrights Conference in 2021. Ramiz is co-author of the musical The Unfortunates produced at the Oregon Shakespeare Festival and A.C.T. in San Francisco. He wrote that show’s accompanying graphic novel as well. He also co-wrote The Many Deaths of Nathan Stubblefield, which premiered in the 2017 Humana Festival at Actors Theatre of Louisville. His play 3 Farids was part of The Bushwick Starr reading series and selected to be in the New Works Festival at TheatreWorks Silicon Valley, the DNA New Work Series at La Jolla Playhouse, and at Playwrights Horizons. Ramiz is an actor and has appeared in major theatres across the country, most recently playing the title role in Rajiv Joseph’s Letters of Suresh off-Broadway at Second Stage Theater, numerous television series including NCIS, S.W.A.T., SEAL Team, Kidding, Shameless, Modern Family, and Young Sheldon. He is also in the film Synchronic. Ramiz would like to thank Rachel Wiegardt-Egel, as well as Bob Egan at Ojai, for their championing of this piece. Ramiz is a current member of the Evolving Playwrights Group at Circle X Theatre Co., here in Los Angeles. 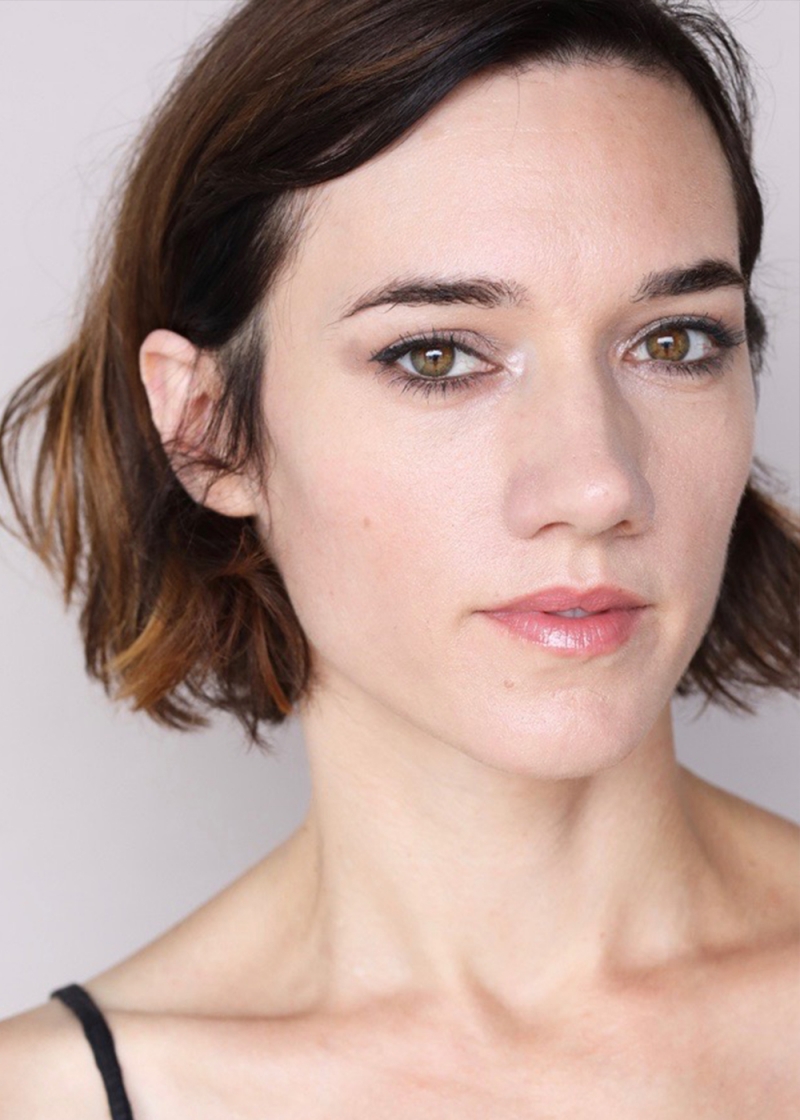 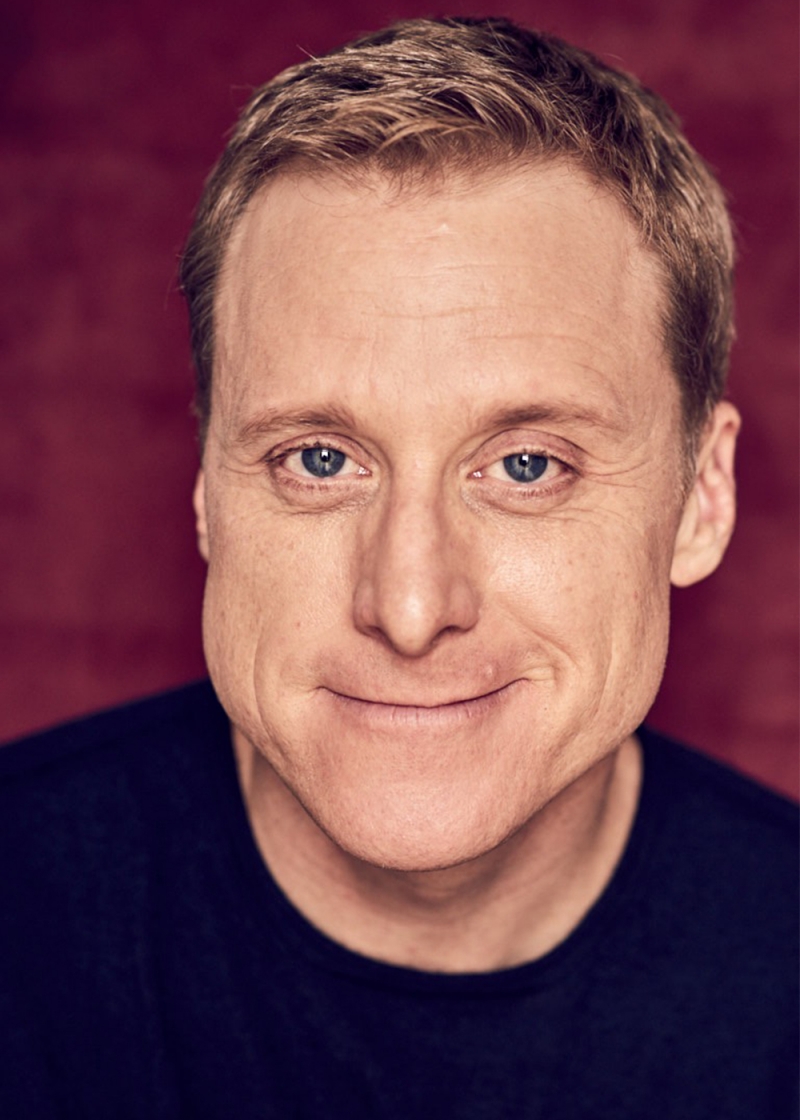 Alan Tudyk could be seen on Broadway in Roundabout Theatre Company’s production of Prelude to a Kiss; Spamalot playing Lancelot with the original cast, minus the actor who previously played Lancelot; and Epic Proportions with Kristin Chenoweth. Off-Broadway credits include: David Lindsay-Abaire’s Wonder of the World, The Most Fabulous Story Ever Told, Misalliance and Bunny Bunny. Alan’s film credits include K-2SO in Rogue One: A Star Wars Story, Death at a Funeral, 3:10 to Yuma, Knocked Up, A Knight’s Tale and DodgeBall: A True Underdog Story. Alan won an Annie Award for Voice Acting in a Feature Production for his work as King Candy in Disney’s Wreck-It Ralph, and has voiced roles in Frozen, Big Hero 6, Zootopia, Moana and Ralph Breaks the Internet. Television: Firefly, Suburgatory, Powerless and Con Man, for which he earned an Emmy nomination. In death, Alan will be survived by his beautiful, loving wife Charissa and two of his three dogs.