The Geffen Playhouse is a Co-Producer of Alanis Morisette's new musical, Jagged Little Pill, based on her groundbreaking and Grammy winning album from the 90s.

The Healys are a picture-perfect family — but looks can be deceiving. When the cracks beneath the surface begin to show, they must choose between maintaining the status quo or facing harsh truths about themselves, their community, and the world around them. Featuring Morissette’s iconic songs including “Ironic,” “You Oughta Know,” and “Hand In My Pocket,” plus brand-new songs written for the show, Jagged Little Pill comes to the stage with music supervision, orchestrations, and arrangements by Tom Kitt (Next to Normal), and choreography by Olivier Award winner and frequent Beyoncé collaborator Sidi Larbi Cherkaoui.

On Sunday, December 13 – for the first time in nearly 10 months – the Broadway cast of 15-time Tony Award-nominated Jagged Little Pill is reuniting for a live concert in New York City.

The kicker? You can snag $27 early bird tickets right now

Join Kathryn, Celia, Derek, Sean, Lauren, Elizabeth, Antonio and others, along with the Jagged Little Broadway Band, as they perform selections from the show. Don't worry–you'll be able to seamlessly watch the show from your TV, computer or any streaming device!

Buckle in for a night of searing performances – and an electrifying dose of collective joy.

Hurry: $27 tickets are availalbe for one week only! 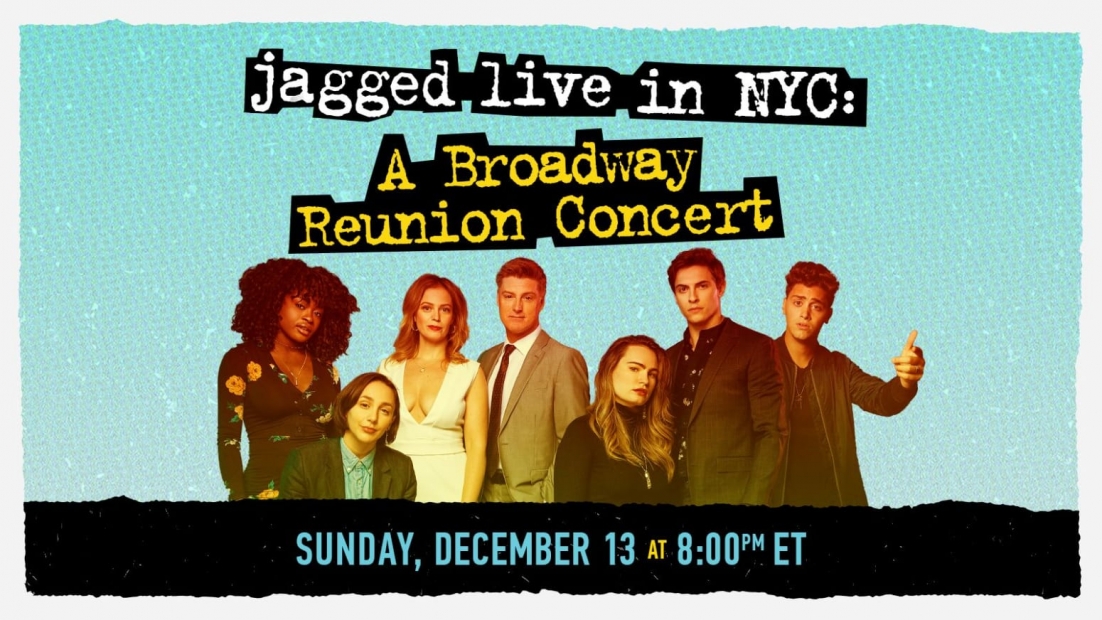 "Joyful and redemptive, rousing and real."

"With Jagged Little Pill, they finally fixed the jukebox musical."