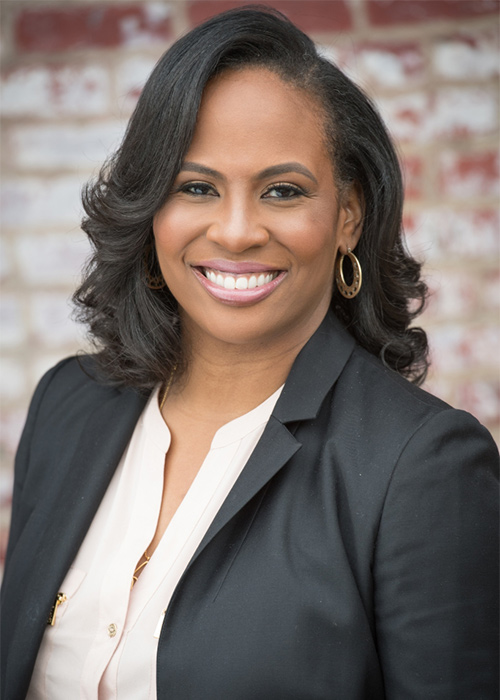 Kamilah Forbes is an esteemed award-winning director and producer for theater and television who currently serves as the Executive Producer at the world-famous Apollo Theater. Ms. Forbes is noted for having a strong commitment to the development of creative works by, for, and about the Hip-Hop generation. In addition to her work at the Apollo, Ms. Forbes’ directing credits include By the Way, Meet Vera Stark, written by two-time Pulitzer prize-winning writer Lynn Nottage; The Blood Quilt written by Katori Hall; and Sunset Baby by MacArthur Genius recipient Dominique Morisseau. She has also worked as associate director on the Tony Award-winning A Raisin in the Sun, and Emmy Award-winning “The Wiz Live” for NBC. Other Broadway credits include The Mountaintop and Stick Fly.

Throughout her career Ms. Forbes has won numerous awards for both directing and producing, including the 2019 NBTF Larry Leon Hamlin Producer Award, a Root 100 Award, an NAACP Image Award, a Helen Hayes and Barrymore Award, and an Audelco. Ms. Forbes’ recent projects include directing the sold-out world premiere, tour, and theatrical adaption of Ta-Nehisi Coates’ New York Times best-selling novel Between the World and Me, which premiered at the Apollo Theater in 2018 and returned for encore performances in 2019. In addition to her work at the Apollo Theater, Ms. Forbes is set to direct the Broadway premiere of Soul Train alongside producer Questlove, playwright Dominique Morisseau, and choreographer Camille A. Brown.

Ms. Forbes’ production credits include “What’s Going On,” the 40th anniversary celebration of Marvin Gaye’s seminal work (with John Legend as Marvin Gaye, Sharon Jones as Tammi Terrell, the Dap-Kings, Sonia Sanchez, and others); “One Mic,” a month-long multidisciplinary celebration of Hip-Hop Worldwide; and Nas’ “20 Year Anniversary of Illmatic,” a celebration of the classic hip-hop album, accompanied with 96 players from the National Symphony Orchestra— all staged at the Kennedy Center. Ms. Forbes lends her service and leadership to several Boards including the Yale Schwarzman Center Advisory Board as well as the Hi-ARTS Advisory Board.

Her connection to the arts began as a passion for theater and producing while at Howard University, where she earned a BFA in theater. Upon graduation, Ms. Forbes invested her time and talent in creating, collaborating, and producing hip-hop theater. As hip-hop theater came into prominence, so did Ms. Forbes, as the writer/director of Hip-Hop Theatre Junction’s premiere work “Rhyme Deferred.” A year later, the Hip-Hop Theater Festival was born. Presented in New York; San Francisco; Washington, D.C.; and Chicago, the festival featured the works of nearly 100 artists from the United States and from around the world, including England, Brazil, and Canada. Many new and well-known artistic forces have had their work leveraged under Ms. Forbes’ artistic direction, including OBIE Award winner Will Power, Tony Award winner Sarah Jones, Rennie Harris, Nilaja Sun, Marc Bamuthi Joseph, and Indio Melendez.

The Hip-Hop Theater Festival grew tremendously from a fledgling project into a groundbreaking nonprofit organization, Hi-ARTS, with a truly national scope leading the charge in hip-hop culture and art. Hi-ARTS received the Union Square Arts Award as well as a special award given by the New York Regional Association of Grantmakers for “its innovative approach to addressing sociopolitical issues in New York City and beyond.”

Ms. Forbes has produced several works for television, most notably the seventh season of the Tony Award and Peabody Award-winning series “Russell Simmons presents Def Poetry” on HBO. She was also a co-executive producer on the “Brave New Voices” documentary series on HBO, in addition to executive producing the PBS special “The Women’s List.” She is the proud recipient of the Pollstar Impact 50 award, the Zelda Fichandler Award for excellence in leadership and directing, and was honored on the 2020 Root 100 list.

Ms. Forbes is a powerful leader, widely known for her ability and commitment to continue to highlight the ideas, complexities, and work of artists in the hip-hop community and beyond.