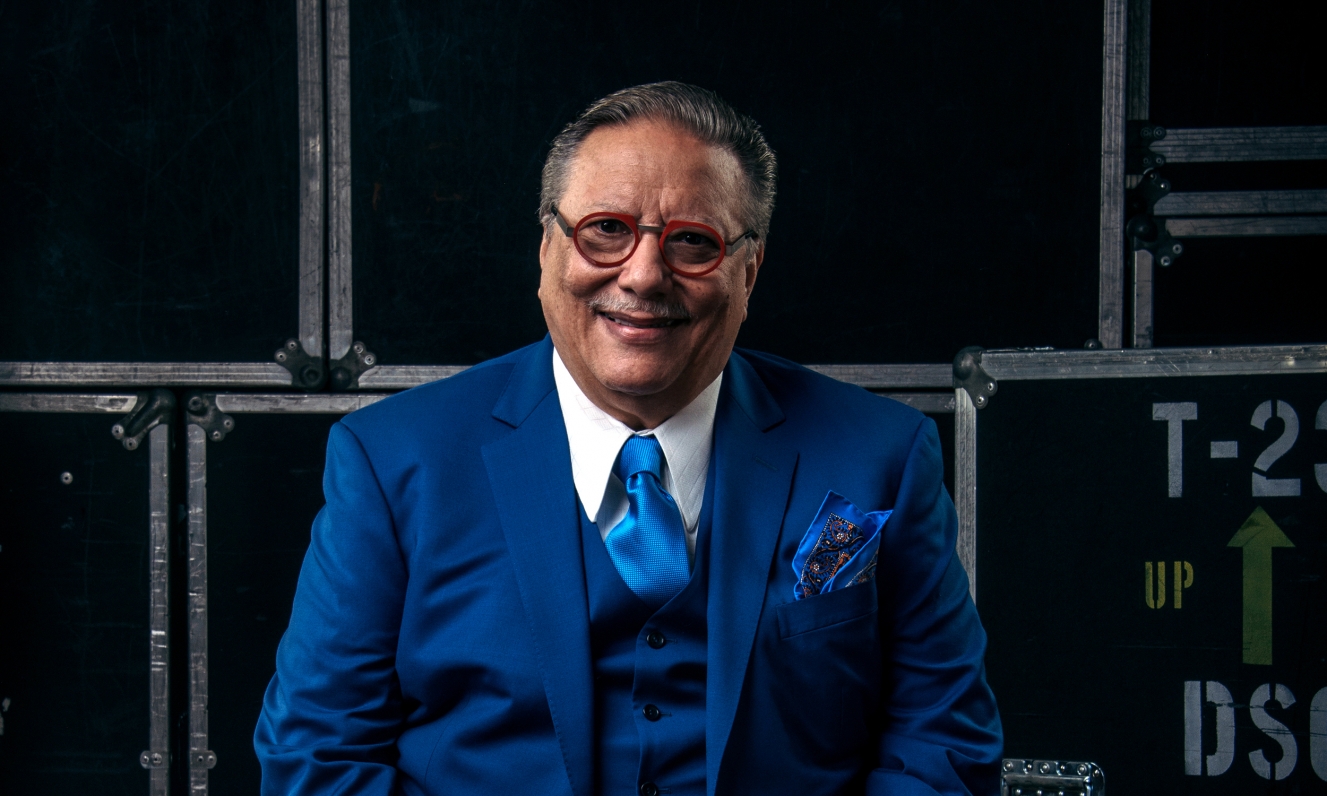 Commissioned by the Geffen Playhouse and produced by special arrangement with Andy Garcia, Frank Mancuso and Warner Bros. Ventures, Key Largo is a bold reimagining of Maxwell Anderson’s Broadway hit that became the iconic noir film starring Humphrey Bogart and Lauren Bacall. Returning from World War II, disillusioned Frank McCloud travels to a hotel in Key Largo to pay his respects to the widow of a fallen friend. What McCloud doesn’t count on is an entirely different battle with mobsters who have overtaken the hotel, led by the ruthless Johnny Rocco (Garcia). As a hurricane barrels towards the Keys, McCloud must face his demons in order to take down a mobster.
Listen to the “Theme for Key Largo” composed by Arturo Sandoval.

Key Largo is less than 150 miles away from Cuba, the birthplace of legendary Cuban-born jazz musician Arturo Sandoval. Good friends for years, Sandoval has appeared as a special guest at the Geffen with Andy Garcia and the CineSon All Stars.

“It’s an honor to compose new music for this project,” says Sandoval. “I love the classic noir films and honestly, this genre is some of my favorite music to play. And to be able to create this for my good friend Andy has been a true pleasure.”

Sandoval, known for his Grammy winning work as a virtuoso trumpeter, has recently been dedicating more time to composing music. “I’ve really been fortunate in my career to have been given the freedom to explore different styles of music. This is just another way I like to express myself artistically.”

Audiences can hear (and see) Key Largo at the Geffen Playhouse now through December 10, 2019.

Based on the play by Maxwell Anderson and the Warner Bros. film; Produced by special arrangement with Warner Bros. Theatre Ventures