The cast features Noshir Dalal (General Hospital, Good Trouble) as Serranes, Gaston and others, Beth Hawkes (Runaways, Liza on Demand) as Emily and others, Tom Myers (Six Rounds of Vengeance, Alice in Slasherland) as Louis, Gaulard and others, Margaret Odette (Instinct, Sleeping with Other People) as Julie, and Amy Kim Waschke (Vietgone, Living Dead in Denmark) as Madame de Senneterre, Mother Superior and Marie, and Eugene Young (Poor Yella Rednecks, La Bohème) as Albert and others. 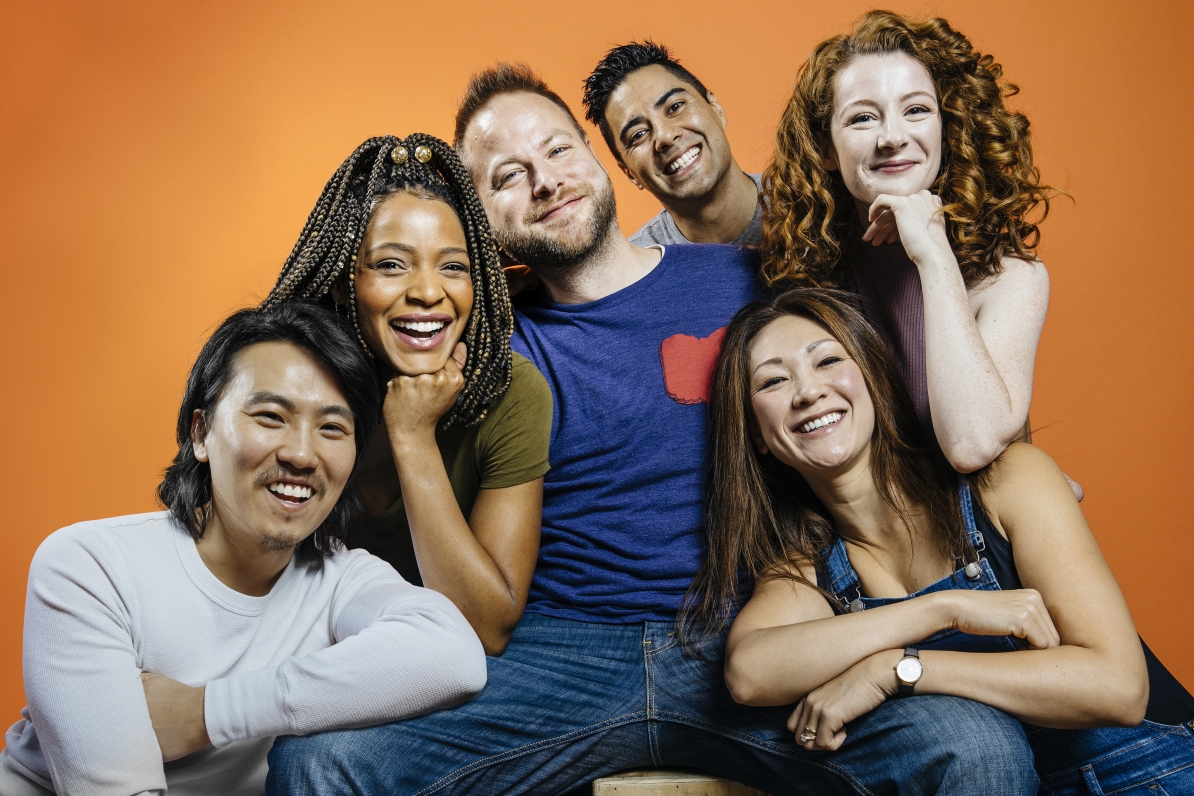 A rousing, romping, music-filled look at the real life of Julie d’Aubigny, a queer 17th century French swordswoman and opera singer, Revenge Song is a heroine’s journey toward self-discovery and acceptance. In this world premiere Geffen Playhouse commission, conversations about gender and sexuality blend together with the outrageous fun and superhero style of the Vampire Cowboys Theatre Company to create a genre unto itself—a hilarious, historical comedy with hip hop, rock and epic fight scenes.

Since the world premiere of Vietgone at South Coast Repertory in 2015, Qui Nguyen has become one of the most lauded and sought-after contemporary American playwrights, as well as a writer for Marvel and Disney. In Revenge Song, he returns to his theatrical roots by building the piece with Vampire Cowboys, his OBIE Award-winning company that develops new action/adventure plays with a comic book aesthetic.

Who was Julie d'Aubigny? Watch this. 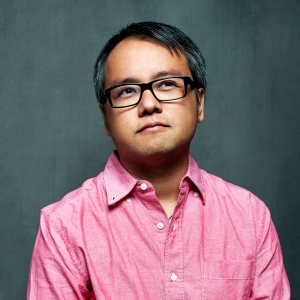 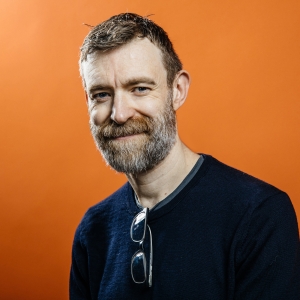 Robert is co-artistic director of the Obie-winning Vampire Cowboys. He has directed all of their productions including Soul Samurai, Alice in Slasherland, Fight Girl/Battle World, and The Inexplicable Redemption of Agent G. Other credits include Anna Moensch’s Mothers (The Playwrights Realm); Vietgone (Royal Manitoba Theatre Centre); Disgraced (Mirvish, Citadel Theatre, Hope and Hell Theatre Company); Fast Company (Ensemble Studio Theatre Los Angeles, where Robert is a member); Branched (InViolet Theater); How to be a New Yorker (CRC productions); She Kills Monsters (The Flea Theater); Goodbye Cruel World (The Roundtable Ensemble), and Hamlet (solo) (Hope and Hell Theatre Company) which has toured for ten years playing in the U.S., Canada, and the U.K. Acting credits include Constellations (Hangar Theatre) and Frankenstein (Soho Rep./The Flying Machine). He is the former editor of The Dramatist, the Journal of the Dramatists Guild of America. Robert received an M.F.A. from Ohio University. 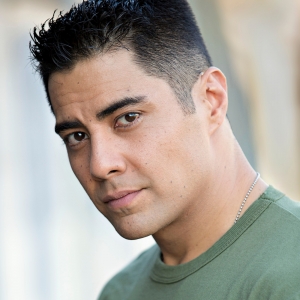 (as Serranes, Gaston and others)

Nosh is looking forward to more blissful mayhem with the Vampire Cowboys. Other Theatre credits include: Men of Steel and Fight Girl Battle World with the Vampire Cowboys, Cymbeline at Lincoln Center, Arabian Nights at Berkeley Rep, Take Me Out at Gallery Players, as well as Macbeth, King Lear, and Caligula at the Classical Theatre of Harlem. In TV, he has recurred on Good Trouble and General Hospital, along with roles on Swat, Hawaii Five-O, Rizzoli & Isles, Pair of Kings, and others. You’ll come across Nosh’s work in Performance Capture if you play Red Dead Redemption 2 (Charles Smith), CoD Black Ops 3 (Zeyad Khalil), Death Stranding, Spider-Man, and Halo Wars 2 among others. Listen for him as Sekiro in Outer Worlds, Scooby-Doo and the Curse of the 13th Ghost, Mickey’s Roadster Racers, Titanfall 2, Gears of War 4 & 5, Uncharted 4, or any number of crazy Taco Bell spots. 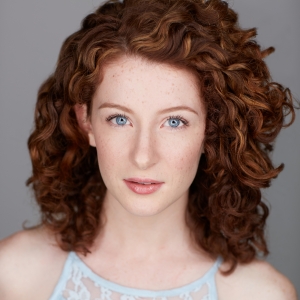 (as Emily and others)

Beth Hawkes is thrilled to be making her Geffen Playhouse debut. A recent transplant from New York City to Los Angeles, she is a graduate of the University of North Carolina School of the Arts with a B.F.A. in Acting, with supplement training at the Upright Citizens Brigade. She can be seen on season 3 of Marvel’s Runaways (Hulu) and season 1 of Liza on Demand (Youtube Premium). Selected theater credits include: Janet Van De Graaff in The Drowsy Chaperone (UNCSA, directed by Matt Loehr); Mrs. Morehead in The Women (UNCSA, directed by Giovanna Sardelli); Adelaide u/s in Guys and Dolls (UNCSA, directed by Gus Kaikkonen); Tom Snout in A Midsummer Night’s Dream (NC Symphony, directed by Carl Forsman); and Beauty in the The Beast’s Beauty (Lincoln Center Education, directed by Ethan Nienaber). Much love to Mom and Dad, Ethan, and Craig. 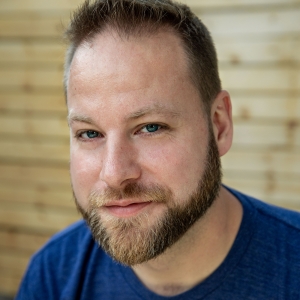 (as Louis, Gaulard and others)

Tom Myers is excited to be back with the Vampire Cowboys Theater Company family and creating some new VC mischief and magic to share for the first time ever with the West Coast! Previous VC (New York) shows include: Six Rounds of Vengeance, Alice in Slasherland, Men of Steel, Living Dead in Denmark and A Beginner’s Guide to Deicide. Most recently, you may have seen him on NBC’s The Good Place, Sunnyside (NBC/Hulu) or HBO’s Veep: The Final Season. His most recent film work includes: The Funhouse Massacre, Where are You? (short) and OJ: The Musical. Tom would like to thank his family and friends for all of their love, support and inspiration. Much love. 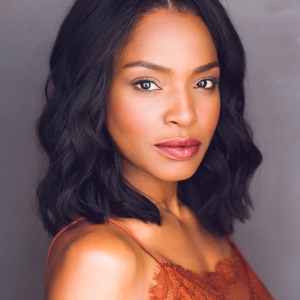 Margaret Odette recently appeared in The Public Theater’s Shakespeare in the Park production of Much Ado About Nothing, directed by Tony Winner Kenny Leon. Other New York theater credits include The Convent (Rattlestick, Art NY), She Kills Monsters (The Flea, Vampire Cowboys), Figaro (The Pearl), and Sehnsucht (JACK). Regionally, she’s appeared in Paradise Blue (Long Wharf Theatre), Taming of the Shrew, and The Vibrator Play (Chautauqua). Margaret will next appear in Eddie Huang’s feature film debut Boogie, and the Showtime series How to Make Love to a Black Woman. Other film and television credits include Sleeping with Other People (IFC), Instinct, Elementary (CBS), Blindspot (NBC), and The Public’s Much Ado About Nothing (PBS). BA Brown University (Weston Acting Award), M.F.A. NYU Tisch Graduate Acting. 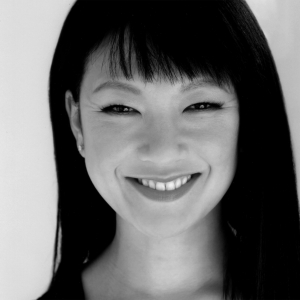 Amy Kim Waschke is thrilled to be making her Geffen Playhouse debut. She has performed with the Vampire Cowboys in The Inexplicable Redemption Of Agent G, Alice In Slasherland, and Living Dead In Denmark. Amy is also a proud company member of the Oregon Shakespeare Festival (OSF) where she last seen as Lady Macbeth in Macbeth and the Queen of Hearts in Alice In Wonderland. Select theater credits include: Othello, Snow In Midsummer, The Winter’s Tale, Hannah And The Dread Gazebo (OSF); Water By The Spoonful (Studio Theatre); Vietgone (OSF, Seattle Rep); Edward II (Shakespeare Theatre Company); The White Snake (Old Globe, Berkeley Rep, McCarter, Goodman, Guthrie, OSF, and the Wuzhen Theater Festival in China). Film and television credits include: Law & Order: SVU; Eighteen Seconds; The Feminist Cooking Show (web series). Amy is a graduate of the University of Washington’s Professional Actor Training Program. Much love to Moses. VC4Life 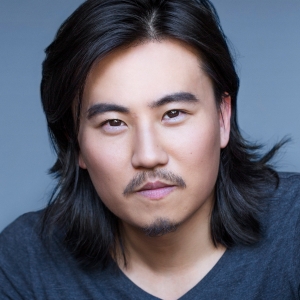 (as Albert and others)