The Geffen Ghost: A Halloween Haunting

We all know the curse of The Scottish Play: thou shall not speak the name "Macbeth" while inside a theater, or else great misfortune will come. While we’ve had our slip-ups here and there while talking about the show inside the Geffen Playhouse offices, this story is not part of the curse of Shakespeare’s Macbeth. So, buckle up—Someone Else’s House is not the only true-life haunting story we will tell this year, and this one is a little closer to home (albeit, no blood in the house or bees on the windows). That’s right, Geffen Playhouse is home to a ghost.

The building is old (almost 100 years old), originally built as a Masonic clubhouse for UCLA students in 1929. Since then, ownership of 10886 Le Conte has passed through many hands. For the last 25 of the building’s 92 years, Geffen Playhouse has called it home. But, there’s something (or someone) who has been lingering in the building for well over those 25 years. 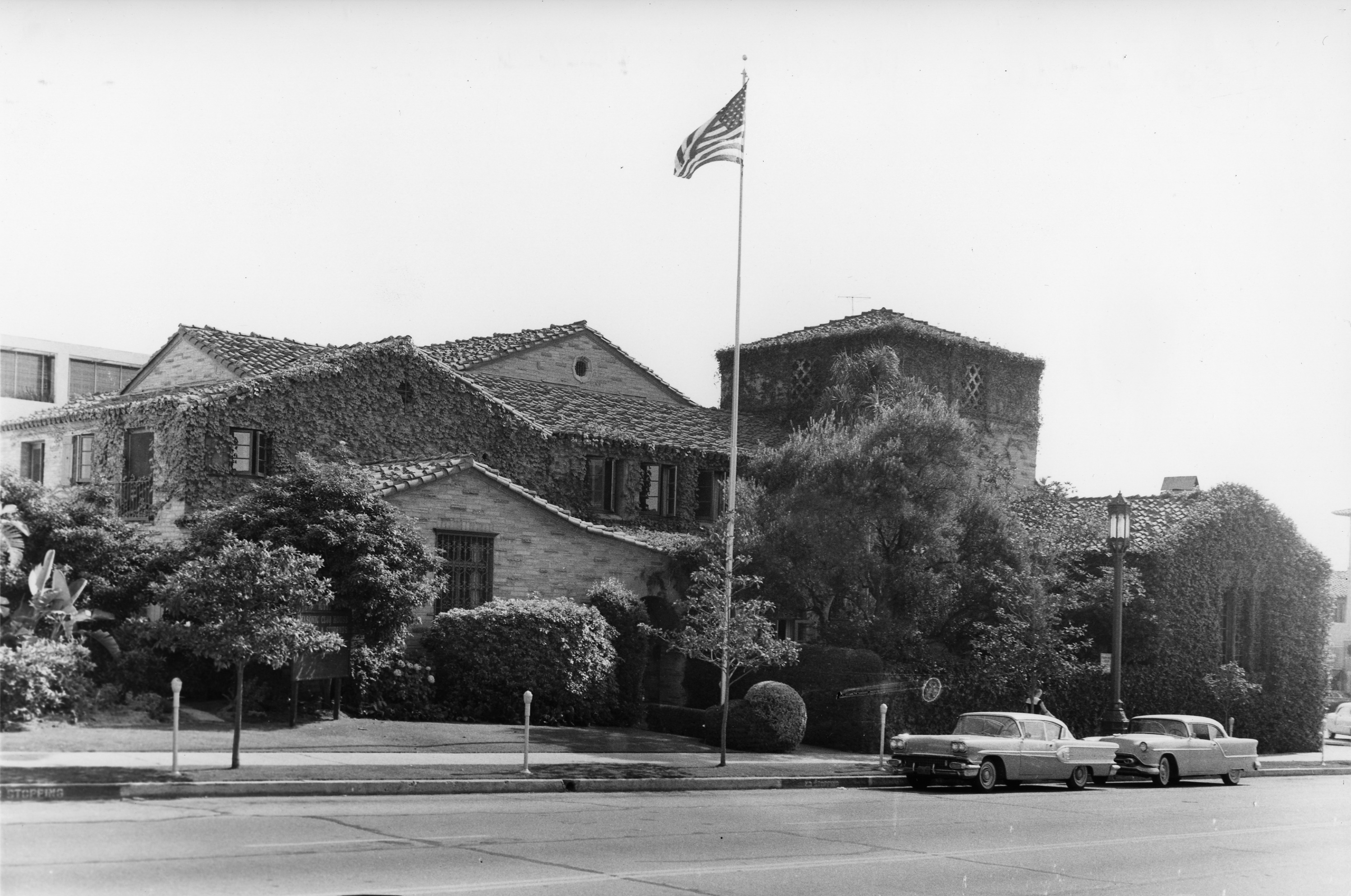 If you look at a photo of Geffen Playhouse or take a stroll down Le Conte Avenue, you will notice a tower on the right side. This tower is part of our administrative offices 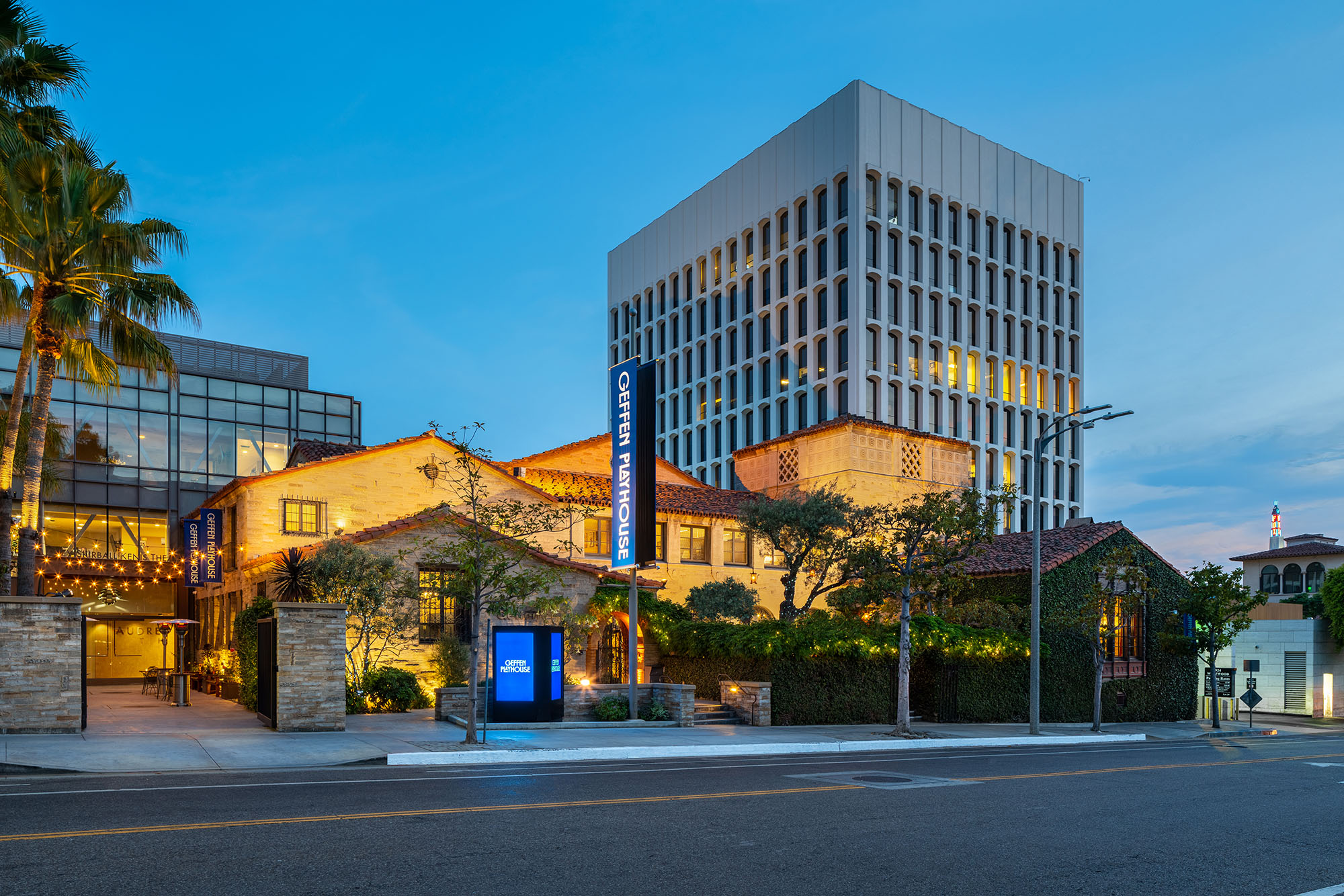 Executive Director Gil Cates, Jr. says, “There is definitely a face-in-the-window story to be had—I, for one, don’t go up there at night!” If you ask around, you’ll hear mentions of “ghostly encounters” but no one will say exactly who, what, or when. That is, until John did.

John is an Advisory Board Member and a longtime friend of the Geffen—this is his story (*cue that Law & Order sound we all know*). John was at the Geffen late at night. Crowds had come and gone. The theaters and lobby had been cleaned and prepared for the next day. As John was moving about the building to finish up work, he realized he was the last person in the building. Earlier in the day, John had borrowed a hole punch from someone in the tower. Before he headed home for the night, he went to return it. It was dark, and the light switch was nowhere to be found. “Oh, well,” thought John. He continued up the stairs to the tower in darkness.

When he arrived at the top of the stairs, John could sense something was off. He had walked into a cold presence in the tower.

John recounts, “Something was there. It felt like someone was standing in front of me. The hairs on my arms stood up from what felt like an electric shock. I threw the hole punch on the ground and ran down the stairs.” He left the building in a haste. Freaky, no? Well, things get a bit weirder.

The next day, John went straight to the Geffen Playhouse Managing Director—let’s call her Liz—at the time to share his paranormal story from the previous evening. Her eyes widen when John says the words “cold presence.” She looked at him and began her own story of a similar encounter when working with an accountant in the tower.

One evening, Liz and an accountant were the last ones left in the building for the day. Everyone else had gone home for the evening, leaving her and the accountant alone. Except, they weren’t alone. The accountant had been working in the tower that evening. She finished up her work and came down the stairs to see Liz, “I’m all done for the day, but another guy is still up there working.” Liz knew they were the last two left in the building. “What guy?” she asked. The accountant described him. The two of them went upstairs to look again, but there was no one in the tower. Perplexed, Liz racked her brain with the accountant’s description of the man, trying to think of who at Geffen it could possibly be. She came up with nothing. That is, until she remembered a familiar photo that hung on the wall of a long hallway that was home to many offices including her own. This wall contained old photos of the building, pertinent newspaper clippings and memorable headlines, photos of previous businesses that had once occupied 10886 Le Conte Ave. and of people who have been part of the building’s history at one time or another.

Liz led the accountant down the hallway to a particular photo that resonated in her mind with the accountant’s description of the mystery man in the tower. Pointing to the photo, “this guy?” she asked. The accountant nodded her head and confirmed that was the man she saw in the tower. Liz, still looking at the photo, calmly stated, “That man once owned the building. He’s been dead for years.” No one ever went up to the tower alone at night again.