There Is Something Rotten In Denmark: Lack of Great Roles for Women

Following Julie d’Aubigny, we fast forward two hundred years to a sister-from-a-different-mister, French actress Sarah Bernhardt. The most famous actress of her time, Sarah—who, like Julie, felt contempt for the confines of established gender roles—leveraged her celebrity status and shocked audiences when she donned trousers to play the role of Hamlet in 1899.

In a shrewd comedy fresh off its Broadway triumph, playwright Theresa Rebeck ponders what it may have been like for Bernhardt to tackle this role, and how the men closest to her—artists, playwrights, and family—must have reacted. 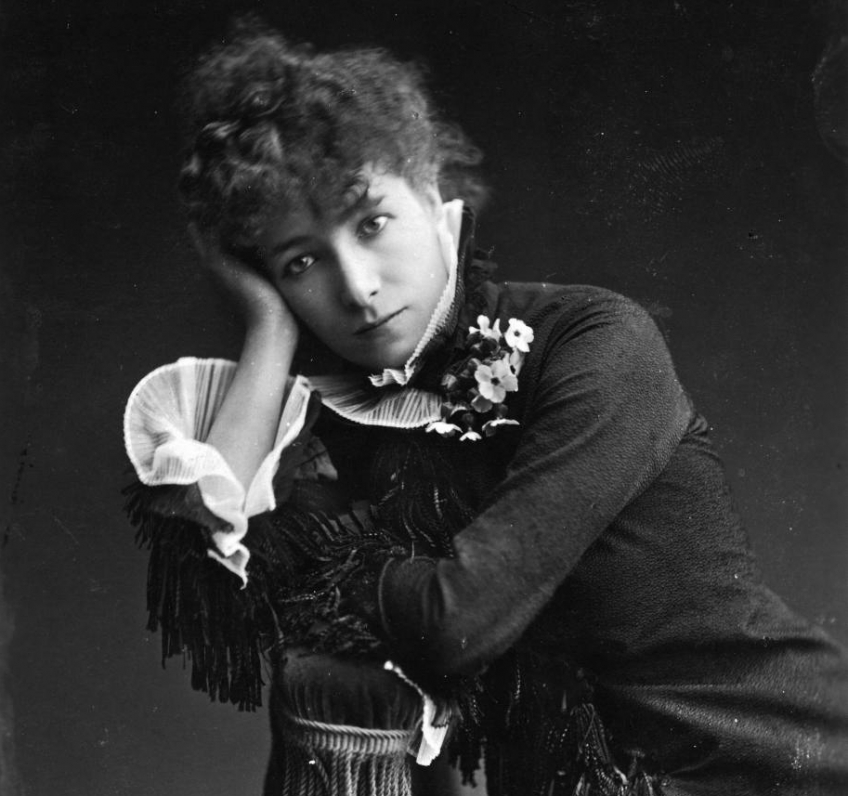 In Bernhardt/Hamlet, Sarah wraps renowned playwright Edmond Rostand around her little finger, and convinces him to re-write Hamlet for her production to remove all that excess “poetry.” “My audience is not coming to the theater to see me stand there and listen to a ghost,” she exclaims. Edmond cannot refuse his muse and reluctantly takes on the agonizing task of “improving” Shakespeare, to the point of pushing his other projects—including his a new play called Cyrano de Bergerac—to the backburner.

Will the men around her be brave enough to support her endeavor? Sheer grit and determination fuel Sarah’s desire to play Shakespeare’s most sought-after role. Though ironically, the role of Hamlet is a deeply flawed, to which Sarah lightheartedly quips, “Maybe that’s why women never try this. Who in her right mind would take her strength and then force it into weakness?” Burn.

It’s 1899, and the legendary Sarah Bernhardt shocks the world by taking on the lead role in Hamlet. While her performance is destined to become one for the ages, Sarah first has to convince a sea of naysayers that her right to play the part should be based on ability, not gender—a feat as difficult as mastering Shakespeare’s most verbose tragic hero. Fresh off its Broadway triumph, Theresa Rebeck’s shrewd comedy puts the spotlight on a woman who used her singular talent to challenge whether a woman’s place was “to be or not to be” in the greatest role ever written.